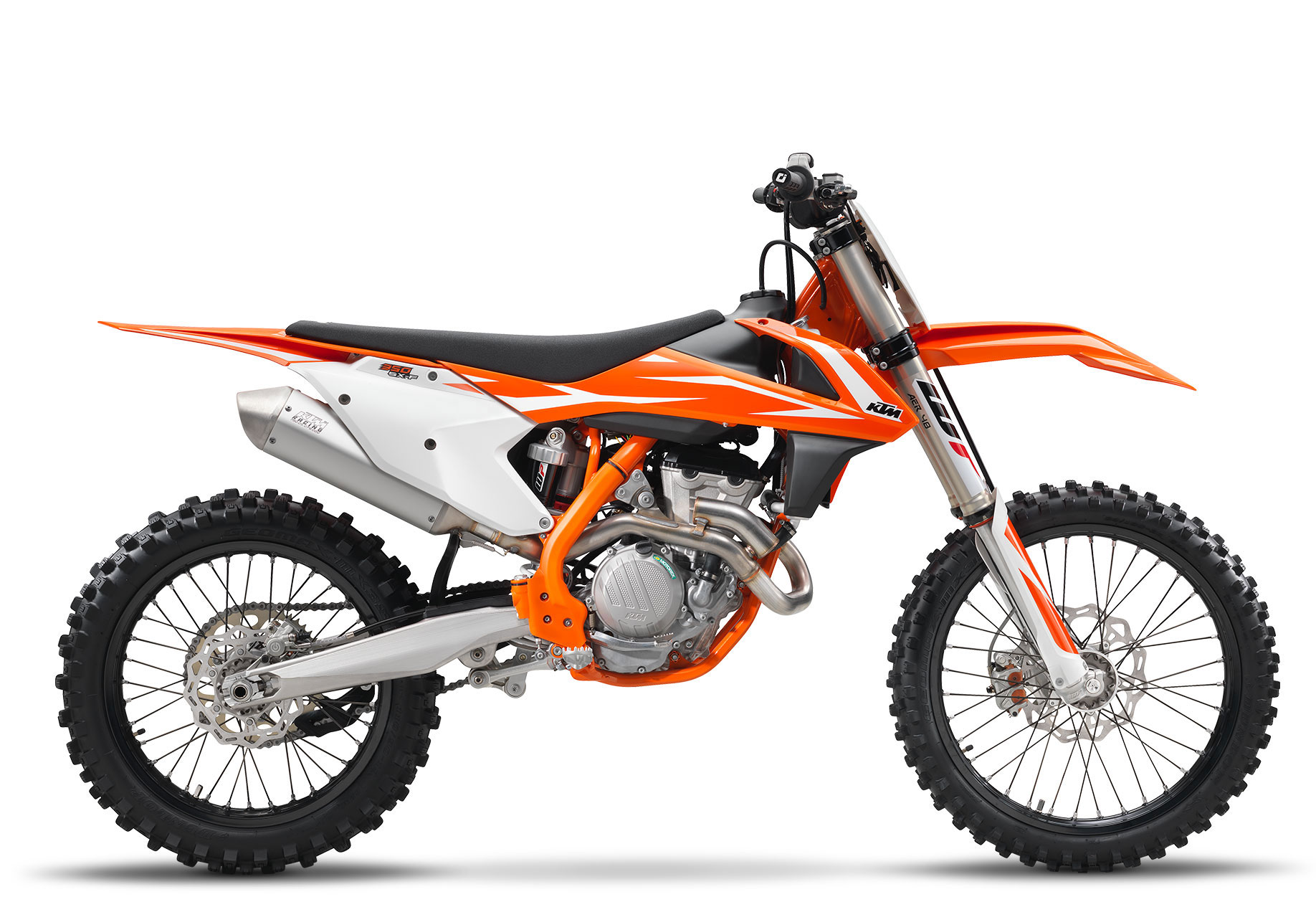 Since Tony Cairoli first took a KTM 350 SX-F to the top of the MX1 World Championship in 2010, the Red Bull KTM athlete has dominated the class aboard this nimble but powerful bike with 5 consecutive world championship titles. No surprises here, with the combination of 450-style muscle and the agility of a 250. Who said you can’t have everything?

The engine of the KTM 350 SX-F features a compact and very light (60lbs) construction. Its DOHC (double overheard camshaft) design with lightweight titanium valves and DLC coated cam followers allows for lively but strong engine characteristics. Fitted with the latest electronic fuel injection system and an E-starter, it has an extremely wide usable speed range, high performance and incredibly efficient rideability. The KTM 350 SX-F engine shares the same layout as the 250 SX-F, resulting in its playful handling similar to a 250 machine by from reducing the moving masses to a minimum. 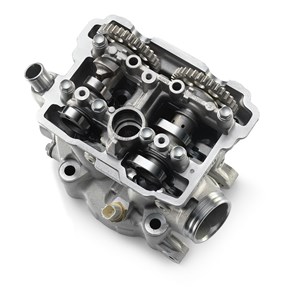 The cylinder head features two overhead camshafts with friction-optimized cam followers boasting a DLC coating and high-flow ports. Four lightweight titanium valves maximize the flow rate for an optimal power band and outstanding performance across the seemingly endless rev range of 13,400rpm. Lateral brackets made of aluminum allow an efficient fixation of the engine to the frame and contribute to the bike’s featherweight feel. 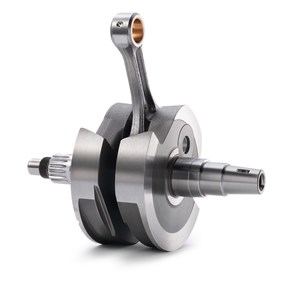 The 350 SX-F’s crankshaft utilizes a short connecting rod, which makes for an overall compact and lightweight engine with a snappy power delivery. A plain big-end bearing with two force-fitted bearing shells runs directly on the crank pin. This design is a major prerequisite for the extremely high engine speeds and the unrivaled maximum power of the 350cc engine. Not only that, it also enhances the engine’s durability, allowing long crankshaft service intervals – a customer benefit in respect of time, effort and cost. 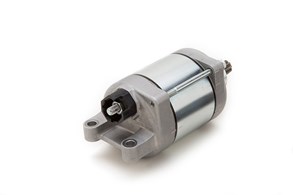 The 350 SX-F is fitted with an electric starter as standard, which is a clear advantage when it comes to crunch time in the heat of battle. A strong starter motor made by Mitsuba and the proven starter drive will fire time and time again at the push of a button. 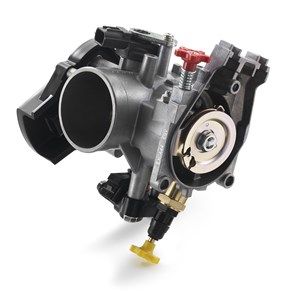 The state-of-the-art Keihin Engine Management System with electronic fuel injection features a 44mm throttle body. Thanks to its unique injector position, the engine’s response is instantaneous. And to make life even easier, separate systems for cold starts and idle adjustment await you. The lightweight ECU features a unique traction and launch control system for lightning-quick response when the gate drops and maximum grip thanks to different maps that sync with to the gear you’re in. It’s also possible to unleash an even more powerful mapping via the handlebar map switch. 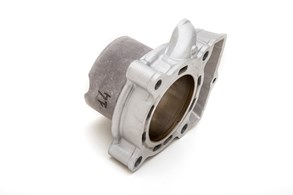 Inside the short cylinder, with a bore of 88mm, thumps a box-type piston made by CP. Its crown geometry is adapted perfectly to the high-compression combustion chamber (14:1), where its rigid structure and low weight shine. Thanks to the low oscillating masses, the engine is both snappy and strong. 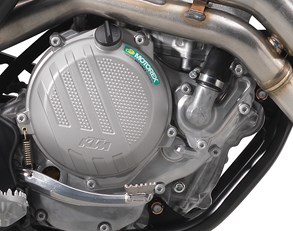 The design of the die-cast engine cases allows for minimal weight and a very centralized shaft configuration. This makes the engine short and compact, while contributing to an efficient centralization of masses. The engine covers also feature a solid surface structure, which reduces the wear caused by the rider’s boots. This way, your SX-F will keep looking better longer.

The engine is fitted with a smooth 5-speed transmission, which features a special surface treatment on the 2nd, 3rd and 4th gears for best reliability. An advanced ´No Dirt´ gear shift lever design prevents mud and sand from blocking the joint of the lever and guarantees trouble-free shifting. All 4-stroke engines are fitted with a gear position sensor, giving the option of different engine characteristics for each gear. For 2018, the transmission shaft gets a new C4 bearing that has a bigger overlap in the case. This guarantees better reliability even at extremely tough operating conditions 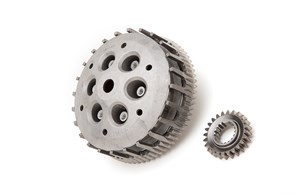