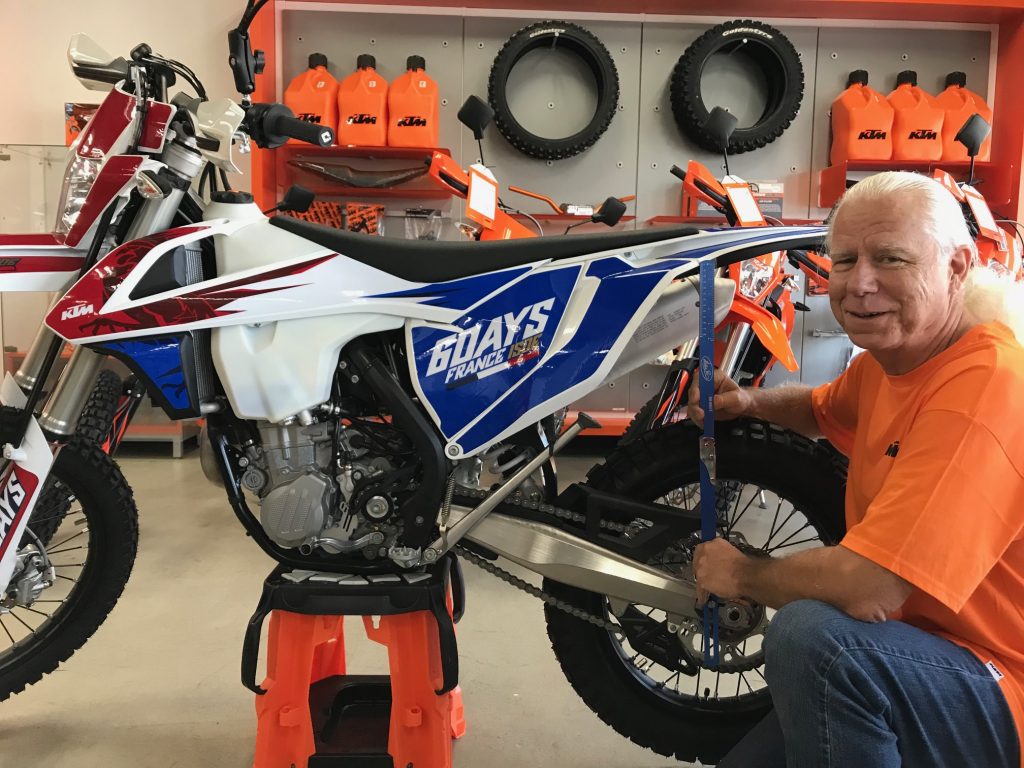 Known to all as R.J., he is a nationally and internationally well-known team manager, race bike builder, business owner and trackside technical support specialist.  He has played a significant role in developing over two hundred amateur off road racers with many going on to full factory pro carriers.

R.J.’s career began at age 13 in a local Harley Davidson Motorcycle shop learning from the ground up both mechanics and business operations.  After high school graduation R.J. joined the U.S Navy and trained as an Aviation Gas Turbine Technician; This lead to becoming the Navy’s youngest P-3 Flight Engineer achieving over 5000 flight hours.  With assistance from the U.S. Navy R.J. attended Colorado State University and earned a B.S. in Industrial Technology/Engineering with an emphasis in Operations Management. Upon graduation R.J. started on a successful carrier in the high tech arena working his way up to Vice President of manufacturing and operations.  However, competitive motorsports were always in his heart and when the timing was right he left the manufacturing world and started his first Motorsports business.

R.J.’s Riders and Bikes have won multiple off road AMA titles from the 50cc to 450 cc classes in motocross and off road racing.  His efforts have earned titles in WORCS, SCORE and AMA MX national events.

R.J.’s vast knowledge has made him a key individual in the sport of racing and has been spotlighted in several magazine articles.  He works closely with several major Racing organizations and is considered the “Go To” guy for reliable high output engine preparation.